In The Black List, twenty-five prominent African-Americans of various professions, disciplines and backgrounds offer their own stories and insights on the struggles, triumphs, and joys of black life in America and, in the process, re-define “black list” for a new century.

As seen in original portraits by renowned photographer Timothy Greenfield-Sanders and in a series of incisive interviews conducted by award-winning journalist, critic, academic, and radio host Elvis Mitchell, this group exemplifies today’s most accomplished, determined African-Americans, whose lives and careers form a trail of inspiration and example for people of all races.

Spanning the arts, sports, politics, and business, the diverse accomplishments and lives of these remarkable individuals create a kaleidoscope of ideas and experiences and provide the framework for a singular conversation about the influence of African-Americans on this country and on our world. 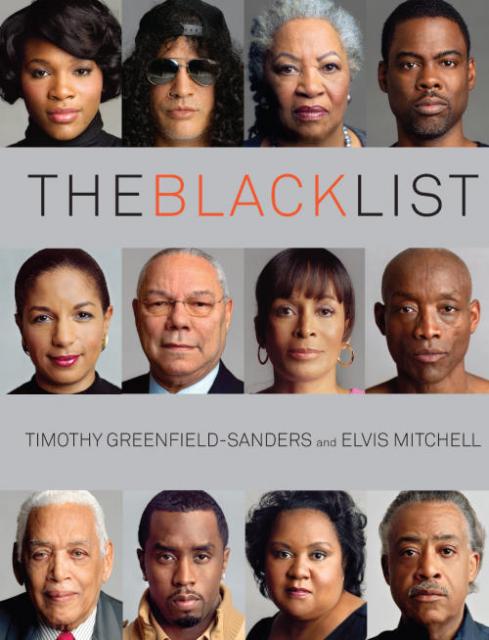