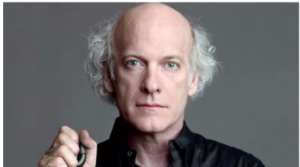 The photographer behind “The Black List” and “The Out List” will premiere “The Trans List,” featuring transgender actress Laverne Cox and Los Angeles activist Bamby Salcedo, among others, in a first-of-its-kind Los Angeles exhibition next month.

The Annenberg Space for Photography is expected to announce Wednesday that it will show work from Timothy Greenfield-Sanders’ “The List” portrait and lm series. The display, running from Sept. 24 to Feb. 26, will consist of more than 150 portraits that have not been exhibited together before.

The latest installment of Green eld-Sanders’ series, “The Trans List,” has a companion documentary film that will debut Dec. 5 on HBO.

“It’s one thing to read and talk about the role of race and sexuality and gender identity in our lives,” said Cinny Kennard, executive director of the Annenberg Foundation, parent organization of the photography venue. “It’s another thing to turn a powerful, piercing camera lens on people of all races and sexual orientations and identities to get a window into our minds, souls [and] what defines us and divides us and unites us.

“Timothy Greenfield-Sanders is one of the most gifted portrait photographers working today. With these terrific portraits, he teaches us more about identity and self-realization, about how people see themselves and how they strive to be seen, than we can capture in many thousands of words.”